Diabetes During Pregnancy: All That You Need To Know

Preexisting and gestational diabetes are two of the growing concerns and pregnancy fears among mothers-to-be. A pregnant woman with preexisting diabetes has the chance to monitor blood glucose levels and take necessary precautionary steps to ensure the baby’s safety.

However, the situation is different for a woman who suddenly starts developing diabetes during the second half period of pregnancy. This sudden condition of diabetes that occurs during pregnancy is known as gestational diabetes, and it can happen just about at any stage of pregnancy.

Sugar diabetes such as Type I and Type 2 is common during pregnancy. On the other hand, only 10 to 20% of women develop the condition of gestational diabetes. Regardless of the type of it, poor control of blood sugar leads to severe complications during pregnancy.

In the effort of getting more precise insights on what causes diabetes during pregnancy, you’ll come across terms such as- “Gestational Diabetes” and “Diabetes Mellitus.” You may wonder if both the words are the same or different, and the symptoms you should keep in check.

Can you still have a healthy baby? Better if you could know proven ways to prevent gestational diabetes from occurring.

What is Diabetes Mellitus?

The word “Mellitus” is a Latin word meaning sweet. Note that the term “diabetes mellitus” refers to the particular symptom of diabetes.

Sugar diabetes, such as type I and type 2, can occur among just about anyone – both men and women. It is gestational diabetes that occurs only among pregnant women and hence is the most concerning issue regarding the mother’s and baby’s safety.

Type I diabetes in Pregnant women:

During the placental formation phase, sometimes the pregnant women’s body cannot make the extra insulin required for maintaining a healthy blood glucose level. As such, the lack of insulin production causes type 1 diabetes during pregnancy.

Type 2 diabetes is a common form of diabetes during childbirth. The body of the mother-to-be is unable to make proper utilization of insulin. This results in forming insulin resistance, leading to excess blood glucose level, and hence type 2 diabetes occurs during pregnancy.

Why do women have diabetes during pregnancy?

A woman’s body changes during different phases of pregnancy, and so does the hormone levels. The human placental lactogen is one of the essential pregnancy hormones, and it starts to form in and around ten weeks of pregnancy.

The pregnancy hormone produced by the placenta changes how a woman’s body responds to glucose level and alters the standard way of insulin production. This is the main reason why women usually have sugar diabetes during pregnancy.

5 Sure Symptoms of Diabetes during Pregnancy

While it’s a fact that gestational diabetes hardly causes any symptoms, pregnant women must stay alert on particular symptoms of high blood glucose levels. Here are the five symptoms to take into your account during pregnancy.

Going to the toilet a lot during pregnancy is a common phenomenon. While frequent urination is the first sign of pregnancy, don’t underestimate the creeping signs and symptoms of type 1 diabetes.

You may get an urge to urinate during your pregnancy but urinate very little – that’s the sign of pregnancy. However, if you urinate a lot, it’s time to check your blood glucose level indeed. Feeling thirsty is another common symptom in pregnancy. Very occasionally, insatiable thirst along with dry mouth is also a sign of gestational diabetes, which you should never ignore.

Morning sickness associated with extreme fatigue and nausea begins between the early 4th and 5th week of pregnancy. However, if you feel severe fatigue all day along with increased appetite, weight loss, and vomiting, it may be telltale signs of diabetes that you must be aware of.

Frequent sugar cravings are itself a symptom of gestational diabetes. The intense desire to eat sweets and desserts is a severe symptom you should never ignore. Sugar in urine is a warning sign of gestational diabetes. This symptom is revealed by the glucose testing done by the doctor. The initial glucose tolerance test (OGTT) only shows the symptoms of type 2 diabetes during pregnancy. But OGTT hardly indicates the symptoms of gestational diabetes. Hence, doctors perform a modified version of the test, including both the OGTT and glucose screening test.

Now that you know all the telltale signs and symptoms of diabetes during pregnancy, it’s time to take preventive and actionable steps in managing it.

10 Tips for managing diabetes during pregnancy

How can you have a healthy pregnancy with diabetes? Check out these tips and meaningful ways to manage diabetes during pregnancy.

Carbohydrates affect the sugar level in the blood and hence bad for pregnant women with diabetics. If you already have diabetes, it is vital to know particular carbs that are beneficial and the ones that are harmful during pregnancy. Even if you eat healthy carbs such as lentils, apples, or yogurt, it is wise to keep track of your carbohydrates intakes and follow a good strategy.

Best recommended diet plan on the online you can find in the Nutrisystem.com

What is the Nutrisystem Diet? Learn More Here.

It is never wise to follow just about any diet plan because limiting certain nutrition varieties and food items can be dangerous for pregnant women rather than any benefit.

Certain foods, such as raw fishes, alcohol, and beverages, can compromise a baby’s health during pregnancy. Hence, stay away from food items that hamper the baby’s growth and stick to a healthy and balanced diet that provides your baby with sufficient calories.

It is only normal for pregnant women to get a sudden surge of specific food cravings. Research indicates gestational diabetes increases sugar cravings at a high rate during pregnancy. Limit all varieties of sweets and desserts to keep your blood glucose level under control.

5. Get Eight hours of sleep Pregnant women experience long, sleepless nights. Finding a comfortable and the right sleeping position is challenging indeed. But do you know insufficient sleep is one of the major contributing factors leading to diabetes? No matter how hard it is for you to imagine the connections between sleep deprivation and diabetes; it’s an evidence-based fact indeed.

6. It’s not always about sugar

So, you have managed to maintain the average sugar level until the second half period of your pregnancy. Can you still get diabetes? The answer to this question is yes.

Due to uncertainties and lack of knowledge regarding exercise benefits, pregnant women tend to avoid getting adequate exercise. But, exercise is a must to stay fit and active during the critical phase of gestational diabetes. A balanced diet and active lifestyle is the key to lower the risk of diabetes during your pregnancy. But, how do you know your diet is under control?

Checking your sugar levels help in managing diabetes properly. A blood glucose meter provides you the chance to monitor your blood glucose levels at home.

9. Check your feet for cuts and swellings

Research indicates preexisting or types 1 diabetes during pregnancy leads to the risk of developing diabetic foot. Get your feet checked by your doctor from time to time or check it yourself for cuts, blisters, and swelling.

If everything fails in keeping your blood sugar level under control, its time to take medication. Insulin is the gold standard and safest of all during pregnancy. When lifestyle measures do not maintain the insulin standard, use doctor-prescribed diabetic pills.

Digital Program That Offers A Solution To Type 2 Diabetes. The Premise Of The Program Is That Toxins Cause Type 2 Diabetes, Combat These Toxins And You Can Reverse And Repair Your Body. You Don’t Take Any Magic Pills; You Just Consume Certain Ingredients And Eliminate Your Diabetes.

So, there’s nothing to be afraid of if you have diabetes during pregnancy. Only remember to keep your blood sugar levels under control and stay stress-free that’s all you need for a healthy baby.

Answer: Overweight, having prediabetes, or a family history of type 2 diabetes increases the chance of developing gestational diabetes during pregnancy.

Answer: No, not all pregnant women are tested for gestational diabetes. If you or your doctor sees any risk factors, then only you get the gestational test diabetes.

Answer: Usually, gestational diabetes resolves after the delivery, but there is a chance of developing type 2 diabetes in the future if not taken care of.

Can I Take Berberine On An Empty Stomach? A Powerful Supplement

Does Insulin Make You Hungry? Learn More About It 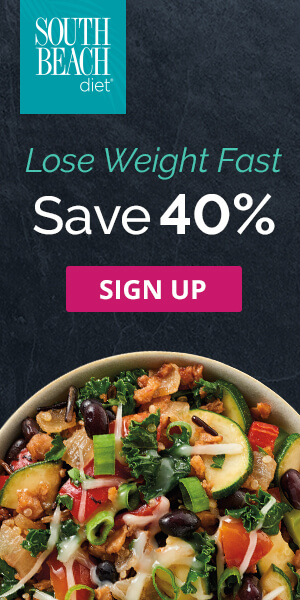 In 2018 Diabetes Caucus published a study that shows the price of insulin has increased more than 5 ...

Excessive fat in your body can turn your life into nothing less than a living hell. That is why ...

Do you know how to protect your teeth from an early age? Also, do you have an understanding of what ...