There are the disorders in which the gastrointestinal tract looks normal but is not functioning properly. It is a functional gastrointestinal disorder. Irritable bowel syndrome and constipation are common examples.

These are the disorders in which there is a structural abnormality due to which it doesn’t work properly. These disorders are commonly known as Structural gastrointestinal disorders. Common examples include hemorrhoids, gastrointestinal reflux disease, colon polyps, diverticular disease

Constipation is one of the common types of gastrointestinal disorders. In this disorder, bowel movement is hard, infrequent, and incomplete. The main cause of constipation is a disruption in the routine and diet. In constipation, bowel movement generally hurts the patient. It results in hard and hard stools. Furthermore, it may result in hemorrhoids and other problems like fissures. Constipation is not an alarming disorder and rarely becomes the cause of serious medical conditions.

Irritable bowel syndrome (IBS) is a nervous stomach or irritable colon condition. It is a condition in which the colon muscles contract. There are certain factors like medicines, specific food, and emotional stress that can result in IBS.

Its symptoms include bloating, excess gas, constipation, and diarrhea. It can be cured by increasing fiber diet, avoiding caffeine, and adapting some other habits.

GERD is a condition in which the patient experiences acids reflux more than two to three times a week. Heartburn or acid reflux occurs when stomach acid and content drip into the stomach. It results in chest pain, causing a burning sensation.

Gallstones are stone-like lumps in the gallbladder and bile duct. They vary in size and can be in the size of a sand grain to the golf ball. In the upper right abdomen, the gallbladder is a small digestive organ.

The exact cause of gallstone is not exactly familiar, but most probably, it forms when the concentration of cholesterol and bilirubin increases. The most common symptom is a pain in the upper right corner of the abdomen. In serious cases, doctors recommend surgery.

Chronic pancreatitis is a disorder in which there is inflammation in the pancreas. It is a condition that doesn’t easily cure but probably get worse with time. It is a progressive condition; therefore, it takes more time to heal as compared to others.

Digestive upset is common, but gastrointestinal disorders are different conditions. If you are often experiencing the following symptoms, then you might be experiencing gastrointestinal disorders

The treatment of gastrointestinal disorders varies on different factors. First of all, disorder type is important to diagnose for the treatment and then according to the conditions.

Most of all, never use any medication without the prescription of your doctor. End word by the writer

Can gastrointestinal problems cause chest pain?

Yes, some GI disorders result in chest pain. Such disorders are ulcer, muscle spasm, pancreatitis, and especially GERD. The most common reason is the leakage of stomach acid in the esophagus.

Is appendicitis a gastrointestinal disorder?

Yes, appendicitis is a gastrointestinal disorder. In this condition, the appendix has acute inflammation. It results in abdominal tenderness, abdominal pain, and anorexia. Appendicitis can easily diagnose by some tests, especially through ultrasonography. The treatment of appendicitis includes the surgical removal of the appendix.

Joint N-11 Review: Joint N-11 Supplement How Does It Work For Joint Pain? Must Read

Save Guard Reviews – Save Guard Mobile Medical Alert System How Does It Help To Senior Citizens? 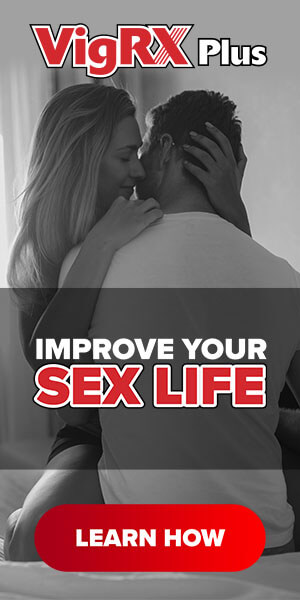 High blood sugar is a problem that plagues almost the majority of the global population. If you’re ...

Weight is one of the major concerns of people all over the world. It does not only affect the look ...

Imagine you're going about your day, and suddenly a sharp beeping noise starts to ring into your ...

Diabetes Complications – How Does It Affect The Body?

When you have diabetes, your body wouldn't use and process glucose from food when you eat ...

Joint N-11 Review: Joint N-11 Supplement How Does It Work For Joint Pain? Must Read

Joint pain has become an inescapable issue for people all over the world. Statistical reports in ...